But it has to be mentioned that the legal category of industrial batteries, which are predominantly Li-Ion – automotive, – e-bikes and – energy storage batteries, overtake already the mass of batteries
put on market (POM) in EU. This number of batteries has already outpaced the number of household battery sales. Thus, battery collection schemes and subsequently recycling industry, has to be prepared for a massive return of mainly Li-Ion battery waste. 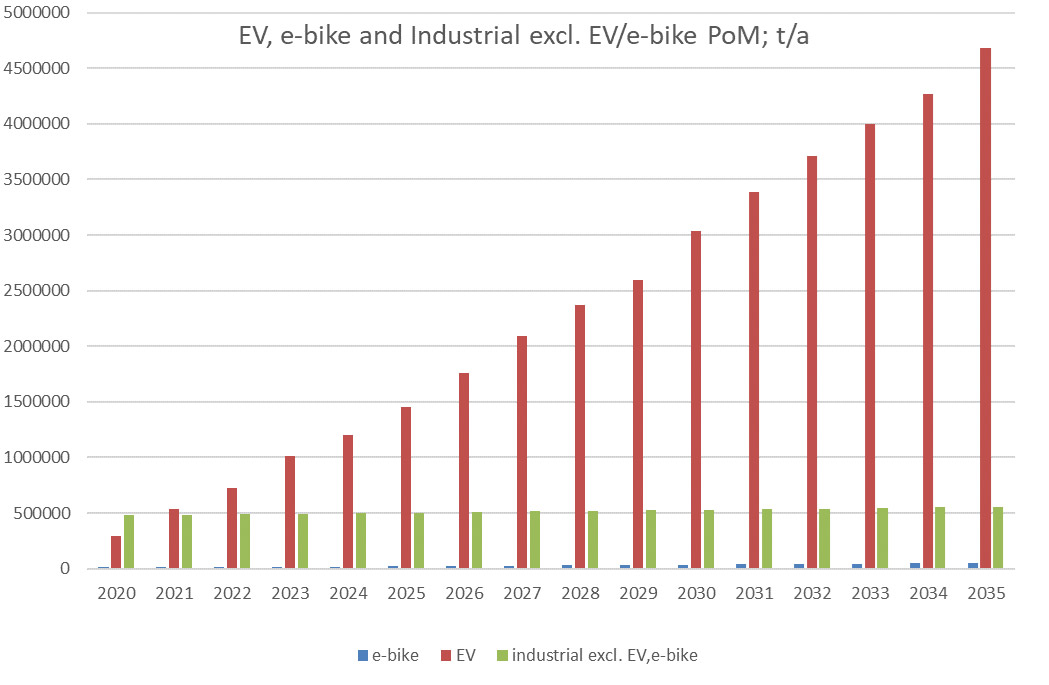 Although NCRO’s have improved their performance last years, the figure above shows a low result of Li-ion EOL tonnage collected in EU 28, expected grow until 2020 up to nearly 10.000 tons. Therefore, only a minor part of critical materials contained in Li-Ion batteries (Cobalt, Graphite, Lithium) can be expected to be recycled and integrated as secondary feedstock. This huge gap can only marginally explainable with hoarding effects (end user keeping battery waste in house before discarding). The enormous losses of valuable battery materials are mainly due to losses in municipal household waste, export of EEE and losses in WEEE. Around 90% of Li-Ion batteries are embedded in Electric Appliances, and stay there until end user discards it to a WEEE collection point. Depending on WEEE processing, batteries are not necessarily disassembled from WEEE. Thus, battery materials are dissipative lost in unspecific output fractions – without any sound evaluation of these important industrial and critical materials. 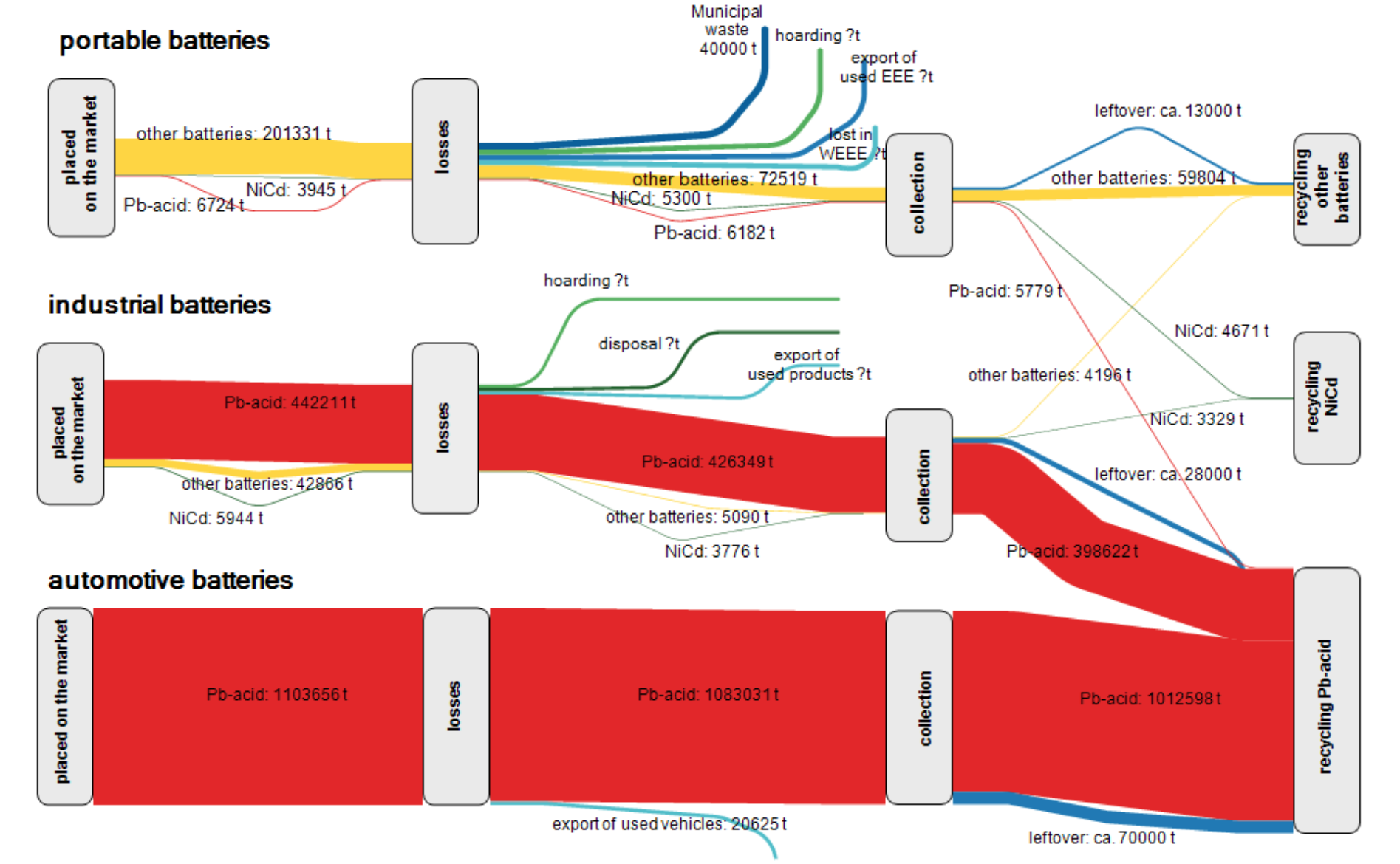